Lately I have been incorporating two new tools into my research program's [1] infrastructure. One is a software tool with community support, and the other is a development of my own.

The first addition is the Jupyter Notebook (sometimes called the iPython Notebook, as it is based on this platform). The Jupyter Notebook allows us to build repositories of methods, notes, code, and data analyses in an integrated manner. Jupyter Notebooks can be rendered in Github, making them freely accessible and distributable. For example, the DevoWorm project already has several notebooks hosted at Github. The long-term goal is to create notebooks for typical research activities, and using them for a host of purposes, from a Wiki-like instructional manual to supplemental materials for publications [2].

The other is a pipeline for project management with the goal of increasing participation and success in research. The idea is one that I have been bouncing around in my head based on my involvement with the OpenWorm Foundation community committee and personal experience. This could be a way to encourage more underrepresented and "high-risk" researchers to advance their work [3]. It is based on two exceedingly obvious principles: failure is not a breaking point for any research trajectory, and projects themselves should be defined in a bottom-up fashion (building on previous successes and experiences) [4]. Hopefully, this pipeline works well in implementation.

UPDATE (2/22): I failed to include a snapshot of the Orthogonal Laboratory Slack team (currently with an n of 1). Slack is fast becoming a popular tool for laboratory management [5, 6], particularly those that are partially or fully virtual.

NOTES:
[1] I am in the process of turning Orthogonal Research into Orthogonal Laboratory. Currently it is a group of one (and a few collaborators). I am currently looking for an academic home, so putting the tools needed to scale up is worth the investment in time. More on this initiative later.


[4] sometimes you get lucky and get to define a project right out of the box. But in doing so, projects often end up exhibiting a hodgepodge quality that makes them seem unfocused.

A Peripheral Darwin Day post, but Centrality in his Collaboration Graph 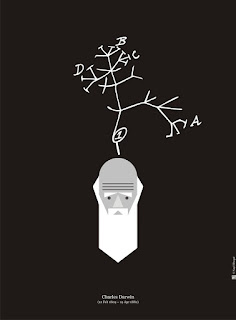 Having not decided on what to post for Darwin Day 2017 in advance (and thus being late to the party with my annual post), I will be taking a rather circular approach to this post. I recently read a blog post on a TEDMED talk by Artem Kazneechev [1] on how theorists offer opportunities for collaboration across multiple research domains and existing research communities. The most extreme case is that of Paul Erdos, for whom the term "Erdos number" was coined [2]. The Erdos number defines a degree of association on a collaboration graph between a given author and Erdos as defined through co-authorship [3]. The role of theorists in such collaboration graphs is intriguing, and involves their role as hubs (highly-connected nodes) in a scale-free network topology [4]. In terms of the scientific community, such hubs often serve as connectors between disciplinary groups and sub-communities. 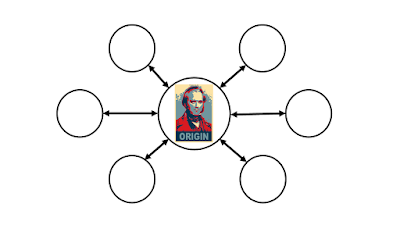 Darwin at the center (a hub with a high degree of centrality) of a hypothetical collaboration graph. Image is actually of an evolutionary amplifier, a computational structure from Evolutionary Graph Theory. Image of Darwin is from Dinochick's blog.

As Kazneechev [1] points out, sometimes one need not be as prolific as Paul Erdos to serve as a connector. Henri Poincare was a bit less prolific, and certainly did not live out of a suitcase, but serves as a scientific connector nonetheless. In fact, all theorists are at an advantage in this regard. This makes me wonder what a collaboration graph centered on Charles Darwin would look like. While I do not have the neccessary data, I would imagine it would quite different from Erdos' graph. This is because Darwin (as far as I know) did not publish collaborative papers. However, a citation network [5] in which documents rather than scientists serve as the nodes might better capture Darwin's role as an influencer, and thus partially recapitulate the topology of an Erdos-based collaboration graph.

Lately, I have been doing some unfocused research on polymathy [6]. One of the things that has fascinated me is the distinction between "domain-specific" knowledge and "general" knowledge, particularly as it relates to specialization. One criticism of modern science is that it suffers from hyper-specialization. The trend towards hyper-specialization has been constant over historical time, and now contrasts sharply with the scientists of the 16th and 17th century. This trend has been countered in a number of ways, particularly through interdisciplinary initiatives. Yet all too often, interdisciplinarity is reduced to groups of specialists gathered in the same room talking past one another. 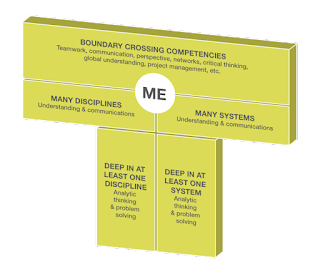 I am interested in taking a landscape model approach to modeling polymathy as a function of expertise and semantic specialization. In getting there, we have to understand the relationships (various dimensions) of specialization and generalized knowledge. According to the education and tech literature, the traditional polymath can be modeled as a "T". In fact, the T-shaped skillset is back in vogue in some fields (e.g. design, project management). It is somewhat difficult to make the leap from abstract skills to specific facts and other knowledge that facilitates (or constrains) scientific collaboration. 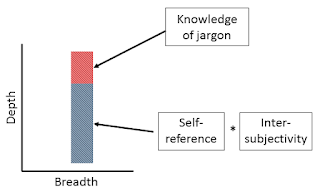 Components of the "I" shape in terms of academic influence and expertise. More information on this work to come.


To help this along, I have worked out an ontological and semantic model of scientific expertise. In the figure above, I show the bivariate model as a shape representing the relative "depth and "breadth" of a particular style of scientific practice. While there are "Is" (specialists) and "Ts" (generalists with a single specialty), there are also "combs" (generalists with multiple specialties) and "dashes" (pure generalists). "Combs" are most analogous to the traditional polymath, but it is interesting to ask where Charles Darwin (and other theorists) would fit into this type of scheme. 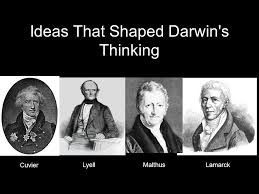 While Darwin has shaped the thinking of many scholars in multiple fields (both traditional and upstart) over the past 150 years, he was also influenced by a variety of thinkers. Even more than a scientific specialist, the essence of theorists can be captured by multiple-input, multiple-output (MIMO) graphs of major ideas. This can extend even beyond the lifetime of the scientist. The following graphical example of influencers and the influenced (inputs and outputs) is from Semantic Scholar, and shows Charles Darwin's position in a semi-directed citation network within the Computer Science community.

Charles Darwin's academic influence as MIMO graph. See profile for details on how graph is computed.

[5] More information about citation networks and their usefulness to the practice of science can be found in: Editorial (2010). On citing well. Nature Chemical Biology, 6, 79.

To recap from a previous post, the OpenWorm Foundation held its first virtual Open House in October in order to showcase all current projects and their status. After a YouTube video streaming snafu and a period of playing video capture catch-up, the YouTube portion of the OpenWorm Open House is now live!

The first Open House YouTube playlist is the Flash talk series,which covers all of the projects under the Foundation's umbrella. This playlist currrently includes all but two videos on the session program. While the original stream is being repaired, please check out the playlists. 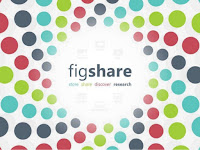 The second Open House YouTube playlist features two tutorials (longer sessions of 45 minutes) that originally ran in parallel. We also have an permenant and citable archive at Figshare (doi:10.6084/ m9.figshare.4331036), which includes the videos along with supplemental papers and presentations. While the download is large, it is worth checking out. Enjoy!
Posted by Bradly Alicea at 2:09 PM No comments:

Work With Me (and the OpenWorm Foundation) This Summer!

Want to work with me and contribute to the DevoWorm project this summer? Apply to work on a project funded through the Google Summer of Code (GSoC) fellowship​!

If you a student in the computational sciences and want to be challenged and get paid while working on an applied computer science project, then apply now to one of two projects [1, 2]. CSoC is a high profile fellowship, which provides a stipend, opportunities for professional collaboration, and an impressive line on your CV/resume. As I (Bradly Alicea) will serve as your mentor, please contact me if you have any questions. 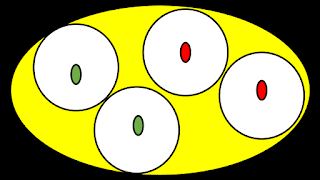 Take ownership of an available cell! Apply to work with the DevoWorm project and OpenWorm Foundation!

You can apply to work on one of two DevoWorm projects: "Physics-based Modeling of the Mosaic Embryo in CompuCell3D" or "Image processing with ImageJ (segmentation of high-resolution images)". You may also apply to other projects sponsored by the OpenWorm Foundation and INCF.