An Algorithm for Discovery: a reflection

As I recently began working in the Cellular Reprogramming Lab, I have become acquainted with a short, one-page article called "An Algorithm for Discovery". It was published by two neurologists (David Paydafar and William Schwartz) in Science (292, 2001), and offer all scientists five key principles that summarize the pseudo-algorithm's structure [1].

1. Slow down to explore. The authors advocate setting aside time during the day to critically think about your problems. They also warn against the tendency to seek quick closure to projects and problems. This is not a call to procrastinate -- rather, an advocacy of following up on anomalies in the data.

2. Read, but not too much. Again, this is not a call to keep the reading queue light. Instead, it is a call to ignore (in an educated manner) other people's skepticism about a problem or approach. Just because something has not been done before does not mean it cannot be done. Even previous failures might yield new discoveries in a different context.

* a comment on the Science website (with which I happen to agree) suggests that in effect an uncluttered (e.g. ultra-focused) mind has the potential for inattentional blindness. Coincidentally, this book came out around the same time:

4. Look at the raw data. Doing exploratory data analysis is an unappreciated but critical aspect of discovery. Exploration of the data can guide and improve future data analysis.

* this is something some people like to summarize as "outlier detection", but that does not do the process justice. The process should be much less punitive than that.

5. Cultivate smart friends. This should be self-explanatory. However, it's not simply a matter of knowing smart people, but gaining the trust of someone who can complement your style of thinking. 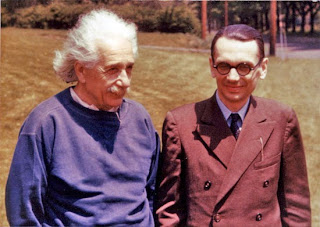