I like the Mike Judge movie "Idiocracy". The story of a man with average intelligence who goes forward in time 500 years. During this time, humans have evolved to be incredibly stupid (an IQ of 105 is considered to be genius level intelligence). Without revealing too much of the plot, it is a devastating satire of the blind conformity and taken-to-extremes ethic that defines our time (case in point: FOX News). 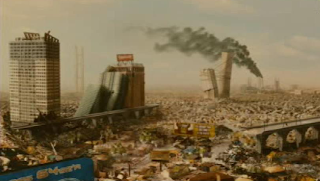 One key scene in the movie is where the protagonist (played by Luke Wilson) goes to see the #1 movie at the box office in the year 2505 (called "Ass"). Suffice it to say, the plot of "Ass" is very simple. Just a pair of buttocks, for 90 minutes, with assorted sound effects. 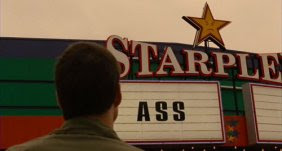 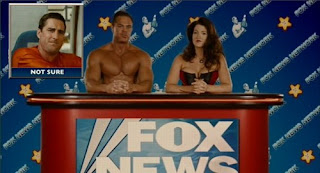 I thought the movie "Ass" was a satire of many a vapid movie. However, I recently found out that Andy Warhol did a movie called "Taylor Mead's Ass" in the 60's (Taylor Mead was a beat poet). When I first heard that "Ass" was based on an actual movie, I though the artist might be the famous surrealist Man Ray. But, no, the man with all the Campbell's Soup cans to his credit wins this round.
Posted by Bradly Alicea at 1:39 PM No comments:

I knew it, deep down.

Atavism in evolution (or, why birds don't have the genes for nipples):

Atavism in machima (or, why an evolutionary concept sounds like a feature in Second Life):

view here
Posted by Bradly Alicea at 12:21 PM No comments: