A central assumption of modern science is parsimony, or that the simplest explanation also serves as the best explanation for a particular phenomenon. The principle behind this is the famous idea of "Occam's razor". Einstein is even famous for his expression "A theory should be as simple as possible but no simpler". This idea seems like a match made for explaining the evolutionary origins of lifeforms, especially those that are hyper-specialized. One might even say (especially maximum parsimony people) that a good razor makes for a good phylogeny. 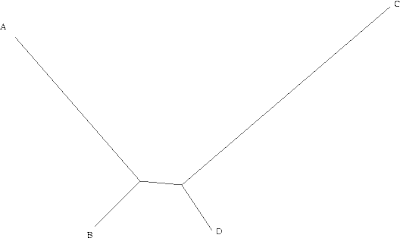 Phylogeny constructed using maximum parsimony (this one exhibits long-branch attraction, which is a problem in such analyses). COURTESY: Wikipedia.

However, the underlying assumption of parsimony may not actually explain all instances of evolution. Consider that for as many examples of "good design" one can find in nature, there are many examples of less-than-optimal natural systems. To illustrate what I am getting at, I would point readers to the Rube Goldberg machine. Rube Goldberg was a cartoonist in the early 20th century who designed elaborate machines (many serially interacting parts) that produced a rather trivial output. For example, to turn off a light switch, we could design an elaborate mechanism that utilizes 30 different steps. Essentially, the number of parts is MAXIMIZED in the production of a particular output. I point you to these examples: 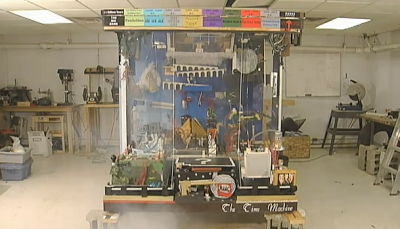 Considering the role of Rube Goldberg-like evolutionary mechanisms in a systematic way has (as far as I know) never really been done before. I have heard people mention casually that many transcriptional and metabolic pathways are of this quality, but have never seen a solid experimental or computational result. In a literature search, I did find reference to "anti-razor" advocates (who are mostly philosophers of science), but no serious inquiries into what we might call anti-razor biology.

The idea of maximizing the number of mechanisms, as the polar opposite of minimizing the number of mechanisms that people usually think of when pointing to examples of natural selection, is actually pretty intriguing to me. Let us suppose that an adaptive process in evolution operates as a game. The goal of this game is not to produce an optimal output, but to produce a unique solution that is complementary with the overall function of the organism. This could be the result of either cooperation or competition. A traditional biological arms race is similar to this: two organisms will compete in an iterative fashion to build bigger, more elaborate structures until they both end up with structures of ridiculous size. The original impetus of the arms race was to improve fitness. Ultimately, however, what becomes paramount (or enforces this runaway result) is the competition itself. It may be that two organisms (or set of genetic elements, or populations) compete against another such unit (or against nature) in a way that results in such a sub-optimal result. This would be natural selection working in a way counter to what most people would expect, but natural selection nonetheless. 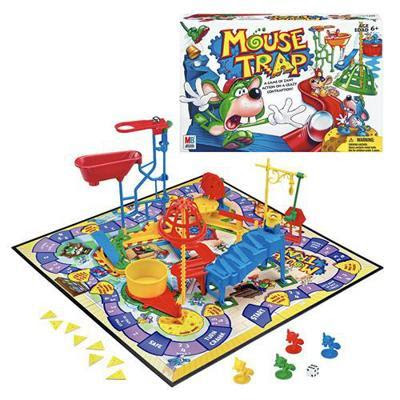 Please send me examples of non-optimal mechanisms and traits in organisms (at any level of analysis -- from molecular pathways to social behavior). I am especially interested in the non-optimal products of evolution. Please post comments pointing to your own examples. In future posts, I may expand on this theme a bit more, so stay tuned.

POSTSCRIPT: I did elaborate on this a bit. Unfortunately, the empirical data is a bit sparse. Please see my arXiv paper "The 'Machinery' of Biocomplexity: understanding non-optimal architectures in biological systems" (arXiv:1104.3559, q-bio.QM) for further development of this idea.

For more information on how evolution (more specifically, natural selection) is or is not an optimizing force, please see: Orzack, S.H. and Sober, E.   Adaptationism and Optimality. Cambridge University Press, Cambridge, UK (2001).

Also, watch this "Richard Dawkins Presents" video showing an example of non-optimal evolution and unintelligent design (the laryngeal nerve in the giraffe, which is an artifact of fish physiology). 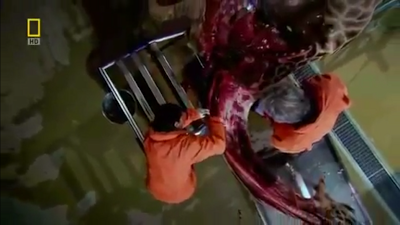 If you happen to be in the Michigan State University area on March 2, Richard Dawkins will be speaking at the Wharton Center:

The talk is sponsored by the WorldView speaker series and the EEBB (Ecology, Evolutionary Biology, and Behavior) program. Tickets are required, but are free to anyone with an MSU ID. I got my tickets last week, and the floor seating is sold out. This is the same lecture series that brought in E.O. Wilson last Spring.
Posted by Bradly Alicea at 2:57 PM No comments: