Welcome to this month's version of Scientific Bytes and Pieces. The first feature is a sad note: complexity theorist John Holland has passed away at the age of 86. The father of genetic algorithms and a pioneer in the field of complex adaptive systems, Holland's contributions will live on. Here are two obituaries: one from the New York Times and another from the Washington Post (written by Holand's colleague Scott Page). 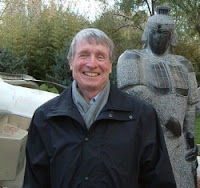 Screenshot of Super Planet Crash. WARNING: it is not as easy as it looks.

Next up is a recent article from FiveThirtyEight Blog called "Science Isn't Broken". Despite the sizable body of blog posts and articles lamenting the "brokenness" of the modern scientific enterprise, it turns out that such fears are misplaced. As it turns out, science is a hard enterprise, and prone to error, unexpectedness, and revision. Since I believe that couching these realities as symptoms of dysfunction does the scientific community more harm than good, this discussion is a welcome contribution to our understanding of how science is done.

Interestingly, whenever the topic of "broken science" comes up, cognitive biases are almost never mentioned. Yet cognitive biases play an integral role in decision-making and interpretation. Even algorithms have been shown to exhibit significant social bias. Jim Davies offers us an article via Nautil.us called "Why You’re Biased About Being Biased" in which he reviews the state of cognitive bias research. An accessible tour of the field as well as food for thought (and reevaluation of those thoughts).

Another reason why science is hard rather than broken is the existance of chaotic behavior. Strange and unpredictable phenomena such as transient chaos challenge the expectations and arguments of the "science is broken" crowd. Some people, such as Tamas Tel, find joy in these types of phenomena. See the recent Chaos article "The Joy of Transient Chaos" for this perspective. While not particularly accessible to a popular science audience, the article should give you a glimpse into an alternate perspective. 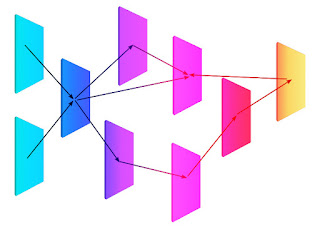 An artistic take on a series of hyperlinked documents. COURTESY: boingboing.net.

Despite the hard nature of the scientific enterprise, every once in a while breakthroughs are made. This year is a milstone for several of these. The word "hypertext" is 50 years old, and the Einstein's publication on General Relativity is 100 years old. On a related note, Einstein's "Annus Mirabilis" was 110 years ago this year. So much for broken science.

Following-up on a previous Synthetic Daisies post about Theory Hackathons, here is an article that makes the case for hackers to support the cause of scientific data analysis. While the focus is on taming the glut of Neuroscience data, the same principle would apply to all large-scale data. Can hackers help to make sense of data and can they help us bridge the gulf between data and theory? Perhaps we will discuss this in a future post.

Posted by Bradly Alicea at 12:43 AM No comments: