Catching up on Free Alife

Here are three Alife-related resources to catch up on, some new and some not yet posted to this blog:

Alife XV just concluded, and was hosted in Cancun by Carlos Gershenson and the Self-organizing Systems Lab at UNAM. The proceedings are available here.

Here are the Proceedings from the previous Alife conference (XIV), held in NYC during the Summer of 2014.

And here is the Spring 2016 issue of Artificial Life journal, which features selected papers from the Alife XIV conference (held in NYC in 2014). Be sure to check out the paper "An Informational Study of the Evolution of Codes and of Emerging Concepts in Populations of Agents", which I reviewed.
Posted by Bradly Alicea at 11:48 AM No comments:

The Data of Stories, Recent Developments

The following features are cross-posted on Tumbld Thoughts. The first featuee is a nice set of resources on the shape of stories. The first one is a lecture (video) by Kurt Vonnegut [1], circa 1985 on the qualitative shape of various narratives. 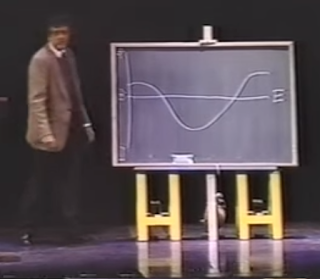 An Infographic [2] can also be used to show Vonnegut’s story shapes in more detail. As we can see, there are a limited number of story motifs (the function), each with an associated emotional state (the amplitude of the function). In Vonnegut's formulation, these functions are largely qualitative, with no clear statistical validity. 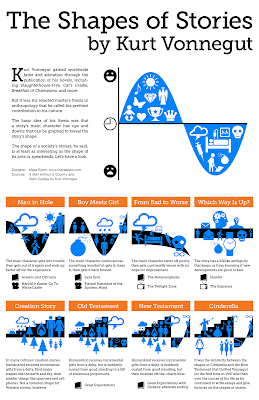 A new paper [3] on the computational study of storytelling makes a more quantitative attempt to characterize the shape and statistics of Vonnegut's functions using a large dataset (over 1700 narratives from Project Gutenberg) and data mining techniques to quantitatively uncover these patterns. 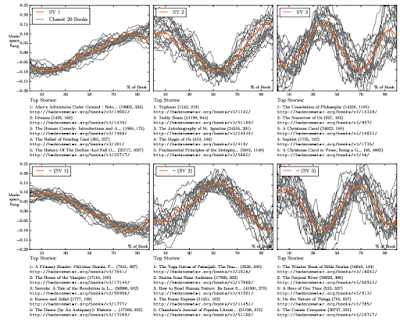 The two images above are from Figures 2 (an illustration with Harry Potter) and 4 (the full Support Vector Machine -- SVM -- Analysis) in [3], respectively.

Tangentially, we also have a dataset that describes the career of Robert DeNiro. In fact, we can characterize the self-imposed timelessness of Robert DeNiro in two images [4, 5]. Taken together, these images suggests there are actually two points in time (July 1999 and August 2002) at which Robert DeNiro stopped caring [4]. 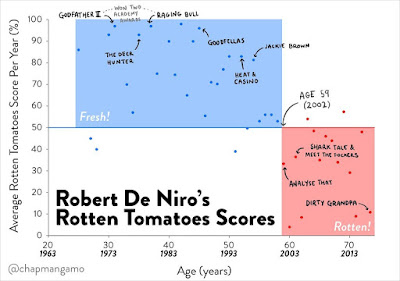 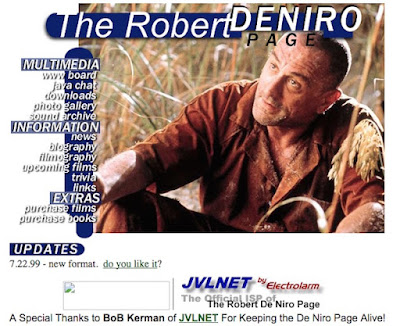 NOTES:
[1] Kurt Vonnegut on the shape of stories, YouTube.