I just returned from the International C. elegans Meeting in Los Angeles (being hosted on the UCLA campus). There are posters, talks, workshops, and much fun to be had. I will give a more detailed discussion of some of the sessions in a future post. 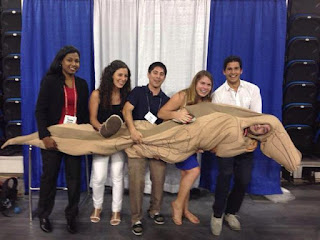 There were several days of talks and posters, plus the famous C. elegans art and variety shows. Talks ranged from Physiology to Evolution and Development. The worm art show is somewhat unique to the conference, The OpenWorm group was able to meet up and discuss research strategies. 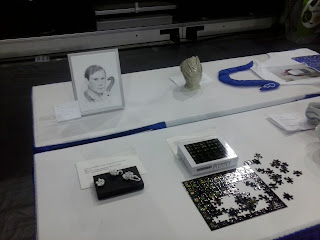 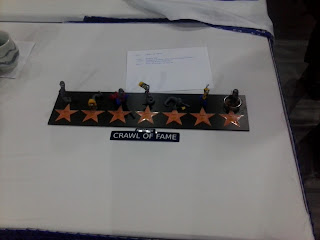 There was also a worm art show. Here are some of the entries.

Aside form partaking in the intellectual and social festivities, I also presented two posters on Saturday night. One was in the area of experimental evolution, and the other on the DevoWorm project. 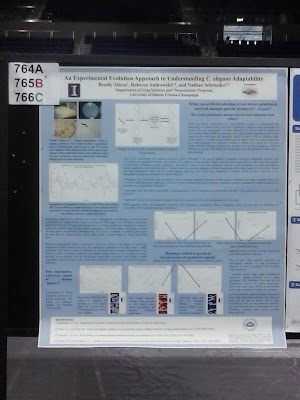 Sample of the Experimental Evolution poster. Full poster can be viewed/downloaded here. 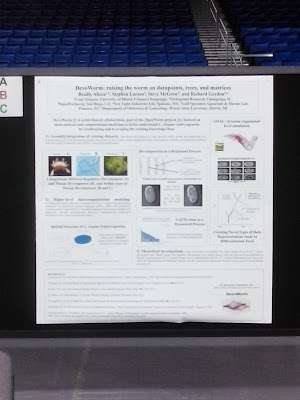 Sample of the DevoWorm poster. Full poster can be viewed/downloaded here.

My week was not all worm biology. I also sampled some botany, courtesy of the Mildred Mathias Botanical Garden, UCLA. 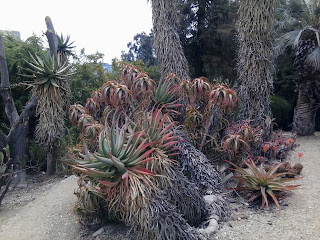 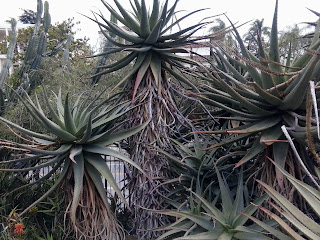 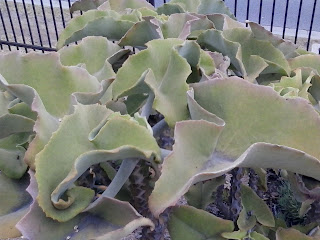 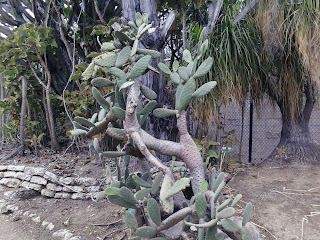 Posted by Bradly Alicea at 12:01 PM No comments:

Great news! According to Blogger analytics, Synthetic Daisies blog has just surpassed 150,000 reads! This calls for a milestone post -- as a cake with candles would be logistically and conceptually difficult. In addition, Synthetic Daisies now has 300+ posts in the archives.

When I started Synthetic Daisies, it was loosely modeled on a style typical of the science blogosphere in 2008 (with a bit more casual approach). I was also (and have been since the late-90s) inspired by what Wired's approach to web content. This landscape has changed quite a bit, and so has Synthetic Daisies. Having my own blog has allowed me to address my own set of interests in my own style. I've also been presented with unique opportunities for scholarship which are not typically "blog-like", but interesting nonetheless. 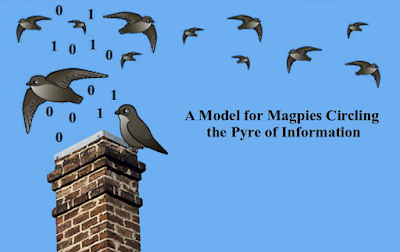 Allowing myself to be myself since December 2008.

Finally, aside from the ten pages hosted here, the nine most read posts (circa June 2015, courtesy Blogger Analytics) are as follows:


Posted by Bradly Alicea at 1:01 PM No comments:

Slipping Down the Fluid Slope of Ethical Integrity

This post will focus in on the slippery slope of research ethics, particularly the consequences of strange things happening in the course of pursuing one's best intentions. Cheeky images and puns will help to accentuate the story.

I have been leery of the start-up Uber ever since I heard stories about their varied ethical breaches [1], but now I'm even more deeply skeptical. Uber is showing exactly what can be accomplished when the "technically not illegal" ethos runs amok. Apparently, the ridesharing service entered into a research partnership with Carnegie Mellon, only to poach massive amounts of staff at-will [2]. As I understand it, the reason for this is largely superfluous. Uber wanted to possess expertise in Artificial Intelligence and automation, but did not want to go through an intermediary. Generally speaking, academic-private sector partnerships are not supposed to work like patent troll litigation. But Uber is a wildly-successful startup, so some non-zero percentage of the population are sure to overlook the ethical lapses. 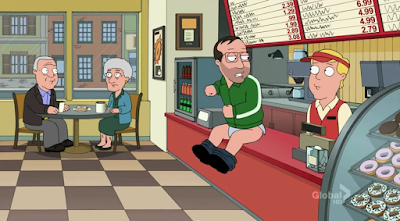 Another example of the ethical slippery slope comes from the open-access journal troll and Alan Sokal wannabe John Bohannon. As a feature writer for the journal Science, he once did an updated version of the Sokal hoax where nonsensical papers were sent to a large number of open-access journals. The catch is that some of the journals published the articles for little more than a publication fee (and minimum editorial oversight) [3]. More recently, a new hoax involved an intentionally shady study that touted the health benefits of chocolate [4]. The thing is, the popular press picked up on the paper before it could be retracted. Awesomely delicious stuff (pun intended). The chocolate study has ignited a debate in the world of internet opinion, both in support and as criticism. Aside from the rhetorical point that provocative results can often result from p-value hacking [6], the most obvious problem is that you are intentionally drawing questionable conclusions and having them published. Even though an important point is made, the purposeful dissemination of false findings can lead to serious unintended consequence [7]. In any case, I suppose if the pages of Science ever see a high-profile paper retraction [8], Bohannon's team will get right on the case. 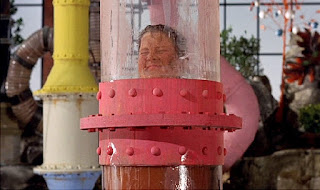 [7] Data “were destroyed due to privacy/confidentiality requirements,” says co-author of retracted gay canvassing study. Retraction Watch blog (2015).
Posted by Bradly Alicea at 12:28 AM No comments: