"Space" as a BIG mental space

This is for everyone who looked at all of the media hype surrounding SpaceX's launch of their Falcon series rocket [1] and thought "This is it"? I mean, it's nice that we are moving towards more accessible space travel. And there is a lot of room for practical innovation in terms of space travel. However, I felt like we are revisiting what was done in the 1950s and 1960s -- only with private initiative. Without much critical assessment to be found, the SpaceX media hype definately has the feel of neo-conservative propaganda [2]. As it stands, large parts of the Space Coast now resemble a ghost town, and the US still does not have a reliable way to get into space.

This is why it is refreshing to see a concerted effort to think BIG (sans media largesse). I remember reading the visionary science magazine OMNI in the early 1990s, and was fascinated by their obsession with the terraforming of Mars. Although it was a totally obscure and mostly implausible idea, that didn't stop them from occupying that mental space. We need the same kind of visionary audacity to achieve the next step in spaceflight. The 100 Year StarShip (100yss) initiative is an effort to focus the mind on building a ship that would take a crew to another solar system in 100 years. Certainly sounds BIG enough. They just has a symposium in Houston which featured speakers from the Star Trek franchise plus various academics, technologists, and entrepreneurs. We'll see what emerges. A similar initiative called "Build the Enterprise" is a call to arms for thinking BIG when it comes to space travel and exploration.

Does this sound absurd? An initiative to send a Captain Picard action figure to space (via high-altitude balloon) is already fully funded [3].....

In 1994, a paper was published by Miguel Alcubierre [4] on the feasibility of a warp drive similar to the one used in Star Trek [5]. This spawned a cottage industry of people investigating this particular mechanism for interstellar travel (all operating from a BIG premise). The basic idea is to exploit general relativity (e.g. the structure of spacetime) by traveling within a bubble embedded on the surface of spacetime. Theoretically, this would serve as a workaround to the universal speed limit (e.g. light). Practically speaking, a team of scientists estimated that it would take nearly all of the energy in the known universe (now that's big) to create and keep the bubble stable for an extended period of time [6]. Nevertheless, I think ideas like this will lead us to some major, fundamental discoveries regarding interstellar travel, even if Alcubierre's warp drive design is implausible.

A spacetime "bubble": is this the key to warp drive? COURTESY: Wolfram Mathematica simulation.

So what is my solution? And why do I keep writing "big" as BIG? Answer: think BIG (brash, ingenious, and grand) and you shall be rewarded. Occupy the "out there" ideas, instead of always taking incremental steps or becoming bogged down in the culture wars. Own these audacious ideas, and even though the larger goal (terraforming Mars, traveling to another galaxy) might not come to fruition, many other, more incremental things will result. This is what originally happened with the space program. Even if we hadn't succeeded at the Moonshot (which we did anyways), we still were able to obtain many derivative products from this endeavor [7].


NOTES:
[1] the SpaceX craft (left) reminds me of the Phoenix (Zephram Cochrane's ship - right) featured in Star Trek: First Contact. Not sure if that's a backhanded compliment or not. Or if the SpaceX design was intentional. 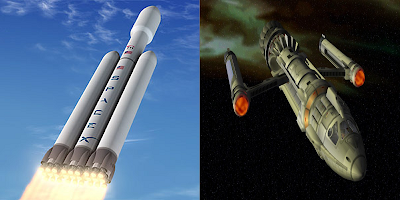 [2] meaning something like: "look what we can do without the government largess of NASA!" Which is totally false by the way. Also, why are all of our prevailing ideologies "neo" this or that? Is it the "old wine in new bottles" problem, or is it like "post"-modernism?

[3] Once again, thank you, Kickstarter. Your featured projects are not entirely frivolous. 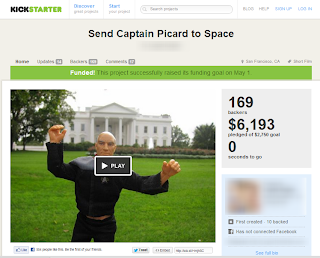 [4] Alcubierre, M.   The warp drive: hyper-fast travel within general relativity. Classical and Quantum Gravity, 11(5), L73–L77 (1994). Here is a nice blog post on "time control technologies", of which the Alcubierre drive is an instance. 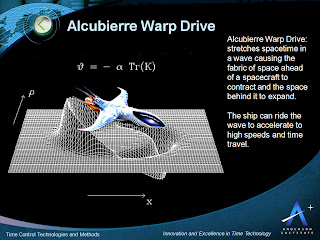 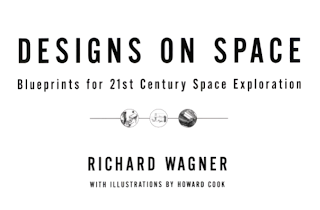 [5] I have found that "Star Wars" provides far less inspiration for technological innovation.

[7] in an attempt to be concrete about this claim, here is a list of 27 products that have resulted from NASA's endeavors. Just a first-pass approximation, by the way.
Posted by Bradly Alicea at 3:00 PM