Speculating (and modeling speculation) about Biology, Culture, and Peer-review

Here are the latest features cross-posted to Tumbld Thoughts. A cornucopia of themes, from a model of pure speculation (I), to a new paper and reflections on the diversity of life-history strategies to aging across 46 species (II), and the human actions and reactionary tendencies that result from massive cultural change (III). Also featured is an update on biases inherent in the peer-review process (IV). So let's get started.

I. Pure (or Applied) Speculation 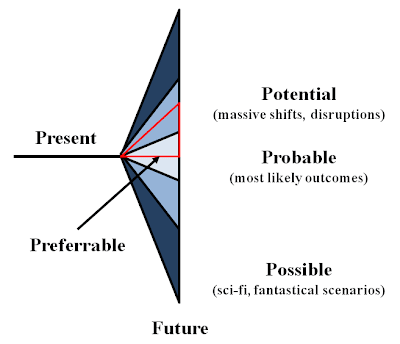 Dunne's talk at the Resonante conference features a model of future prediction proposed by Stuart Candy of the Sceptical Futurist blog and LongNow foundation. Candy's model treats the future as a prismatic spectrum of future outcomes. 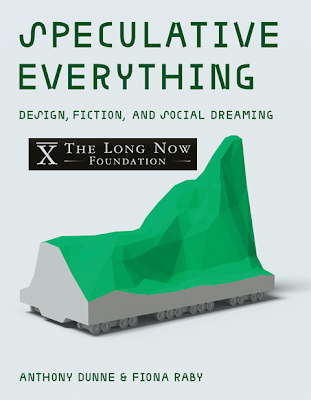 Using the prismatic spectrum metaphor (my coinage), the future is understood as an extension of the present, with progressively more and less likely outcomes. The "preferred futures" fall between the most likely and the most promising potentials.

II. What happens when you combine phylogeny, demography, meta-analysis, and life-history? 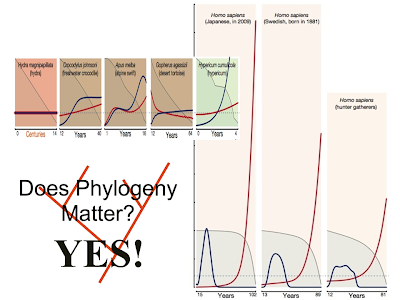 The top picture is from a new paper [2] that combines a phylogenetic perspective with demography (quasi-phylodemography) to look at variation in aging across the life-history of 46 species. A summary and set of insights from Phenomenon blog can be found in [3].

By compiling data from multiple sources and conducting a meta-analysis, the authors of [2] found that life history trends for fertility, mortality, and survivorship vary widely both cross-culturally (in humans) and across the tree of life. 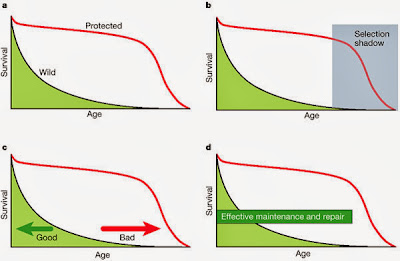 III. The Action and Reaction of Cultural Change

Here is a rather long, detailed FAQ (some might say manifesto) from the Slate Star Codex on how to be an anti-reactionary. The detail is in the nature of Reactionism (or Neo-reactionism), which is the tendency to embrace the past (or zombie ideas) as if modernization will only bring degradation and "ruin everything" [5]. 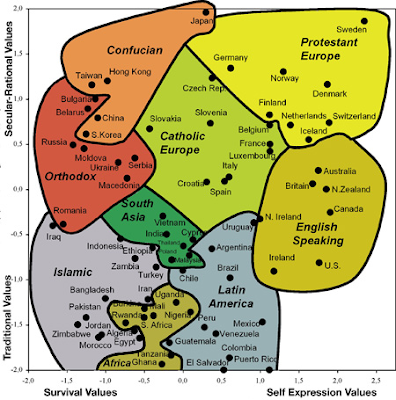 This notion of progress and reaction are largely based on human value systems, as Scott Alexander points out. While the reactionary would argue that turning away from traditional cultural value systems leads to economic ruin and rampant crime, the data show the opposite. 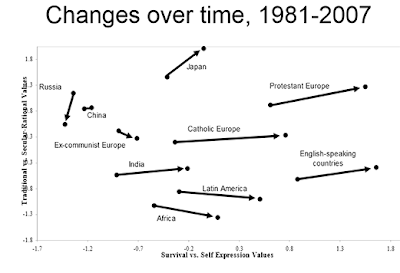 To get right to the point of this argument (so to speak), go to Section 3.3 (then where does progress come from). There you will find data from the World Values Survey, where the so-called "vanguard" countries (in terms of growth and safety) possess high levels of both secular-rational and self-expression values [6]. 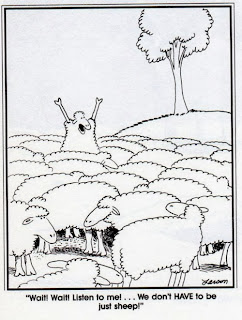 With significant apologies to Gary Larson and the scientific community. Please read on....

In the last Synthetic Daisies post, I featured a new paper of mine posted to the arXiv called "A Semi-supervised Peer Review System", which was itself based on a previous Synthetic Daisies post. In this paper, I introduced a model of automated objective manuscript evaluation focused on fraud detection. 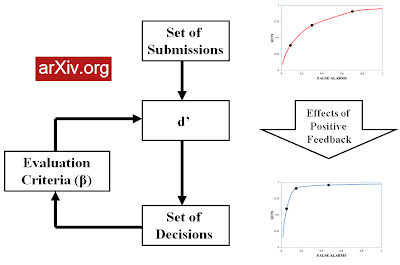 Now there is a new paper in Nature [7] that discusses the phenomenon of herding in peer-review and evaluation. Here, the authors use a Bayesian (as opposed to a signal detection) statistical model to describe what happens when reviewers converge upon a misclassification (e.g. rejecting a paper with solid conclusions and methods). They call for the inclusion of subjectivity in the decision-making criterion: subjective decisions are those that include assessing both the strength of a reviewer's agreement with the conclusions and more conventional features of the manuscript (e.g. strength of the premises and methods employed). 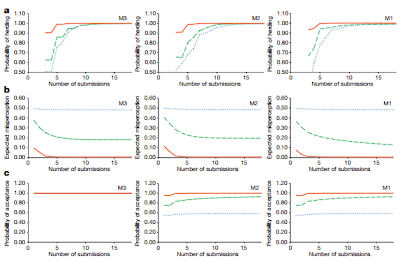 In the graphs above, two scenarios are compared: M1 (which is the subjective strategy) and M2 (which is a purely objective strategy). The authors claim that the M1 strategy prevents so-called herding and promotes a more unbiased outcome.

[1] the inability of people to envision novel and coherent futures is a prominent theme in "The Secret War between Downloading and Uploading" by Peter Lunenfeld.

[5] what that everything constitutes is not always clear. However, it could be the shock and uncertainty of the culture change process itself.

[6] similar to the argument Steven Pinker makes in "The Better Angels of our Nature", and for similar reasons.

Posted by Bradly Alicea at 2:50 PM