Ratchets, Constructions, Games, and Borg in the Reading Queue

Here are a few new (or new to me) papers that are evolution-related from my reading queue. There is a loose theme to these papers (indicated in the title of this post). I will give you my impressions and insights as the post proceeds. 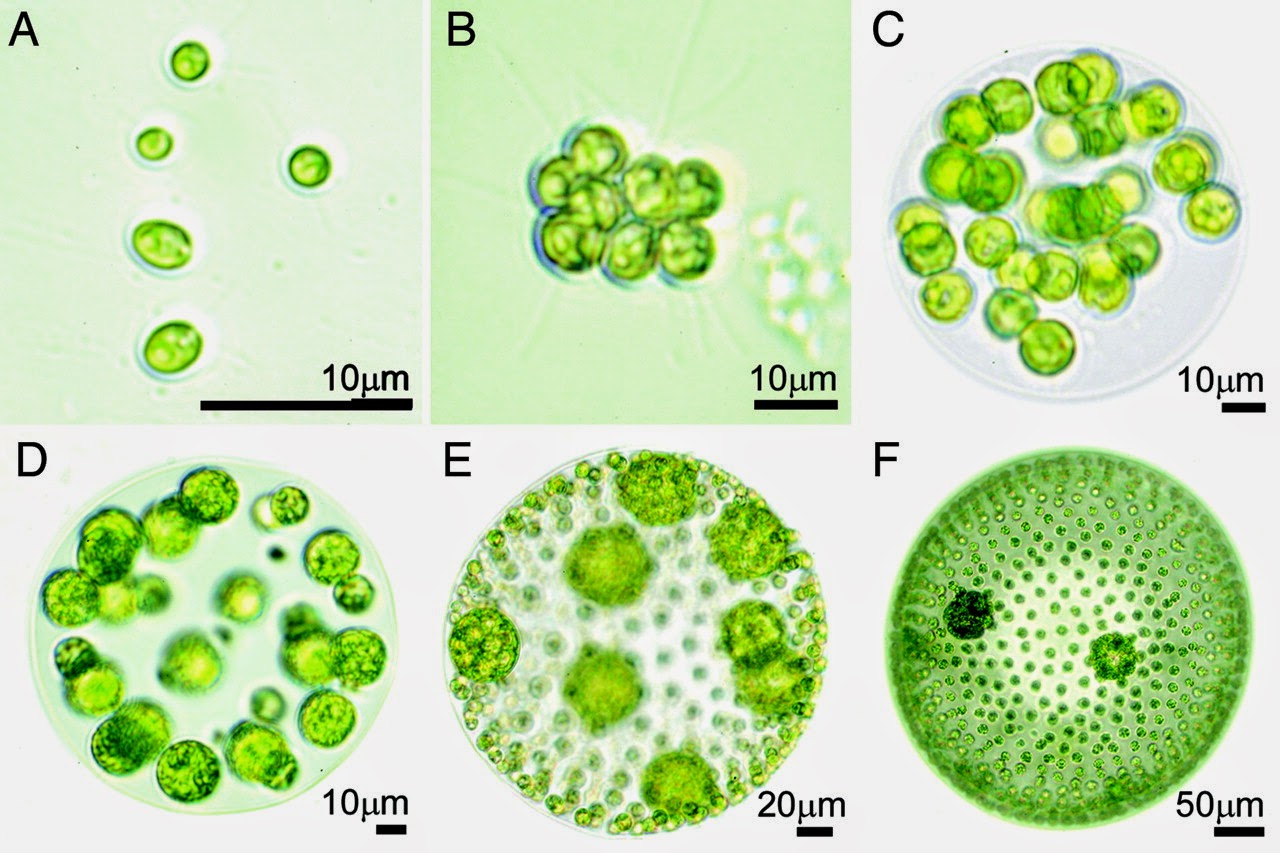 Varieties of uni- and multicellular relationships amongst different species of green algae. COURTESY: Figure 1 in [1].

This short paper in a recent issue of Science deals with the transition to multicellularity and associated "ratcheting" mechanisms in what is a complexity theory take on evolutionary transitions and ratchets. According to Libby and Ratcliff's model, the transition to multicellularity involved a transfer of fitness costs from individual cells to groups of cells. This could also be seen as an overall change in the level of selection from individual cells to cell populations [2]. In this case, a so-called ratcheting mechanism is also proposed that provide a mechanism for how such transitions occur. Group living allows for certain group traits to emerge and limits reversion to the single-celled state, a so-called "de-Darwinization" of individual-level cell behaviors [3].

While individual cells transition from being autonomous to being mutually reliant, this occurs only in the context of its fitness effects. For the complexity ratchet to work, there must be opposite effects on fitness. Group living in the form of a colony formation provides a fitness benefit that is not at all present with individualistic cells. Social arrangements such as division of labor can encourage these fitness effects. The authors point to apoptosis as a trait which, while having a high fitness cost to the individual, can be beneficial to the group. Namely, relaxed group selection on apoptosis allows for the growth and nutrient constrains of a population to be circumvented. There are other traits for which individual and group selection differ -- changes in these selective pressures (much like what one would see in a shift to a new environmental niche) are what drive the evolutionary transition.

Do cultural practices (such as dietary innovations) have an influence on human evolution? COURTESY: Frank Stockton, Smithsonian Mag.

Transitions to group living also involve new sources of fitness costs, distinct from those that exist at the individual level. In this lengthy review article (from 2010), Laland, Odling-Smee, and Myles argue that culture can modify fitness costs for a given trait. The article authors are also advocates of niche construction theory and a post-synthesis evolutionary theory [4], which is clearly seen in their treatment of how culture interfaces with evolution. The mediating effects of culture on population genomics and evolutionary dynamics can be seen in gene-culture coevolution, but also suggests that there is another dimension to group selection in animal species that possess culture. These authors might also argue that cultural selection pressure is a key factor in human uniqueness, something we will come back to in the next section.

While the examples given in the article are muddied with more standard environmental selection pressures, the argument for cultural selection is that some environmental pressures are specifically related to cultural construction [5]. For example, natural selection due to dietary practices are reinforced by human modification of the environment (e.g. harvesting animal milk for general consumption). While genes and culture are viewed as interacting forms of inheritance, it is not so clear as to how they can be disentangled. In cases where cultural boundaries shape population genetics, the answer is relatively easy. However, in cases where cultural dynamics influence the frequency of host-pathogen interactions or heat shock genes, removing the signal from the noise is less clear. 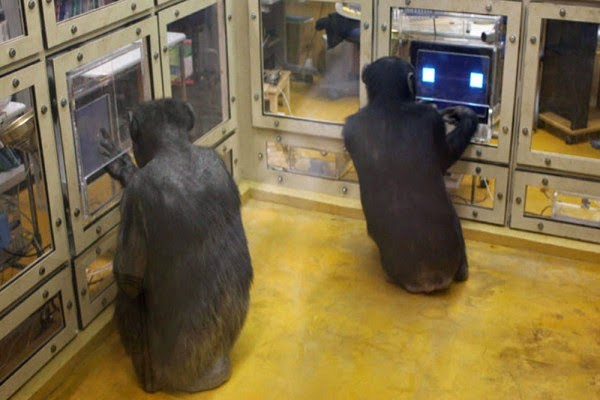 Here is an interesting collection of readings, which make sense in the context of the Martin et.al paper. In Martin et.al, the authors compare equilibrium expectations for Prisoner's Dilemma (PD) game [6] play with actual outcomes for both humans and chimps. It was found that when chimps play the game, the result is closer to the theoretical expectation than when humans play the game. This suggests that chimpanzee decision-making is more homogeneous than human decision-making, at least in the context of interactions that involve theory of mind. While the result is curious, there are two more recent items that might provide useful speculation about these outcomes.

In a recent article published in Nautil.us (3a), it is postulated that early human cognition (and perhaps cognition in the human-chimp common ancestor) resembled that of the Borg from Star Trek. It is argued that our ancestors were Borg-like in their ability exhibit little individuality across populations. In terms of the PD game, the theoretical equilibria often results from a convergence upon pure strategies. This may not so much a improvement upon an individual's ability to predict what their opponent will do next as the lack of heterogeneity in behavior over time. Thus, a species that exhibits much heterogeneity with respect to behavioral innovation (e.g. humans) would deviate from the theoretical expectation [7].

But does that mean the PD model is not really valuable in modeling human behavior? After all, the original formulation was modeled on human behavior. In addition, the model implicitly relies upon behavioral traits possibly unique to human cognition (such as theory of mind). In 3b, we can see that even though humans have a great diversity of preferences, sets of shared norms may emerge that serve to unify the behavioral outcomes of a population [8]. Despite our great individuality, some aspects of human culture can serve to reduce human heterogeneity. 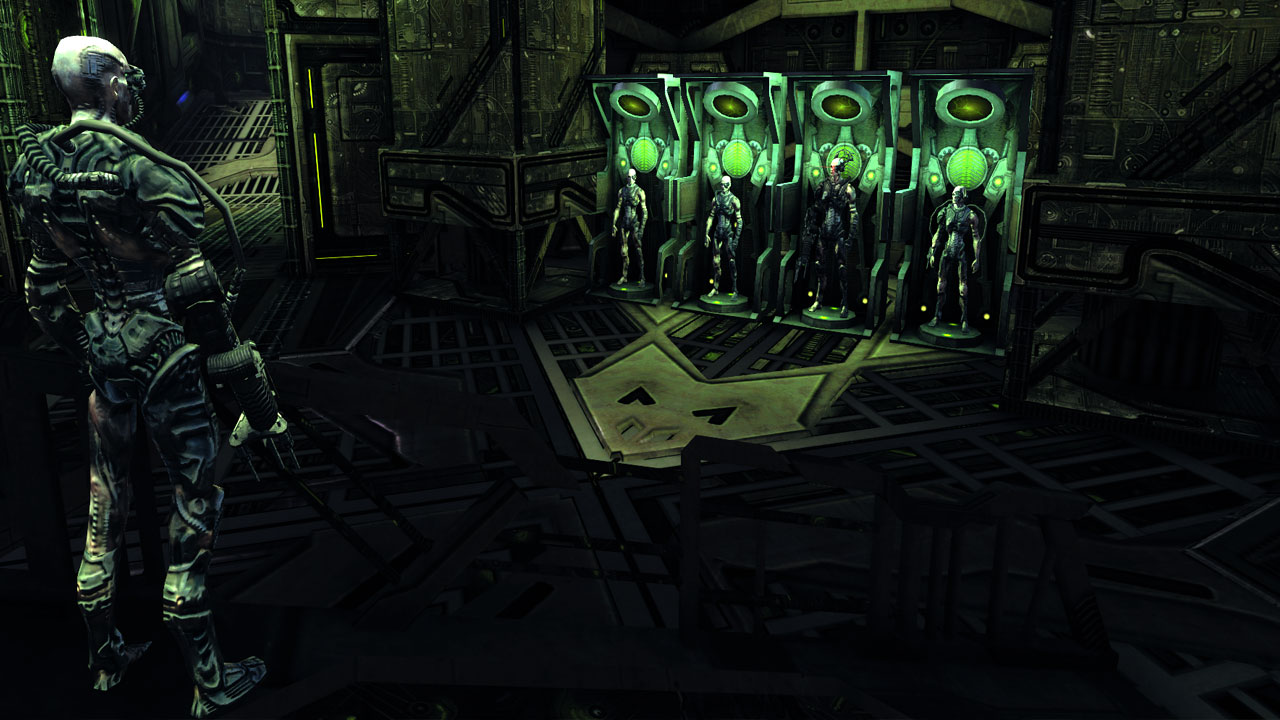 We were a bit like the Borg (sans hive mind-style collective consciousness), once... COURTESY: Star Trek Online Pictures.

[3] The term "de-Darwinization" refers to the relaxation of selection for a given trait or level of selection. Please see: Godfrey-Smith, P.   Darwinian Populations and Natural Selection. Oxford University Press, New York (2009).

[8] Such norms, such as sharing, exhibit species differences in children. For an example, please see: Hamann, K., Warneken, F., Greenberg, J.R., and Tomasello, M.   Collaboration encourages equal sharing in children but not in chimpanzees. Nature 476, 328–331 (2011).
Posted by Bradly Alicea at 9:01 PM