Last summer, I did a series of "flash lectures" on Human Augmentation on my Tumblr site, which was subsequently cross-posted to Synthetic Daisies [1]. Flash lectures are short, 5 minute lectures that are either multimedia-rich or presented in the form of a very quick summary. Sometimes they meld two or three disparate topics together around a single theme. In this post, I have chosen to present a new Biosystems paper from myself and Richard Gordon in such a format [2]. 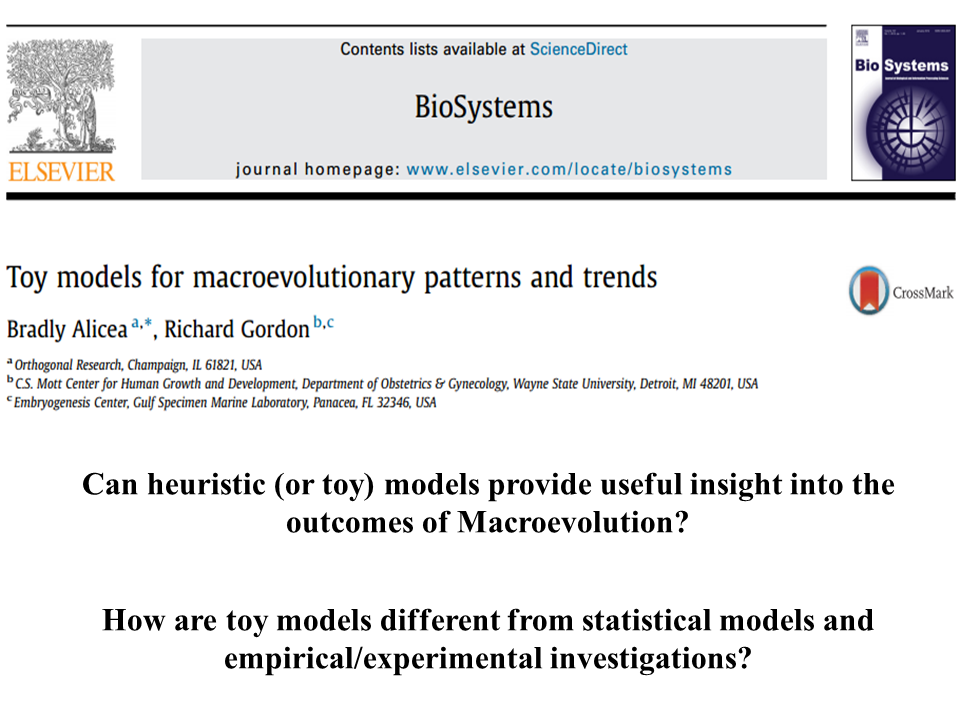 The first part of the paper introduces the toy model as a unified concept. From a writing perspective, this was the most challenging part of the paper, as we re-interpreted a diverse set of biological and evolutionary models. Some of these models are more traditional (e.g. Hardy-Weinberg and fitness landscapes), while others are more novel (e.g. coupled avalanches/evolutionary dynamics and self-organized adaptive change). 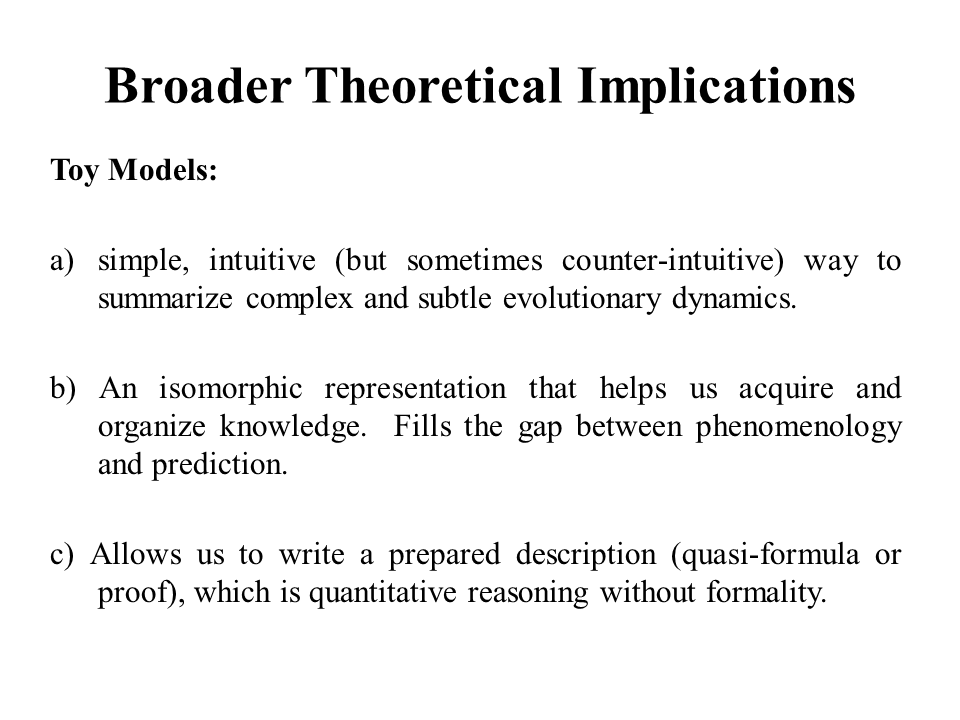 In the end, however, we were able to define toy models as set of tools that summarize, represent, and allow for a prepared description of evolutionary change. Think of this strategy as a short-cut to complexity. While biological systems are extremely complex, we can nonetheless find much more compact and lower-dimensional representations that aid us in extracting useful patterns and trends. 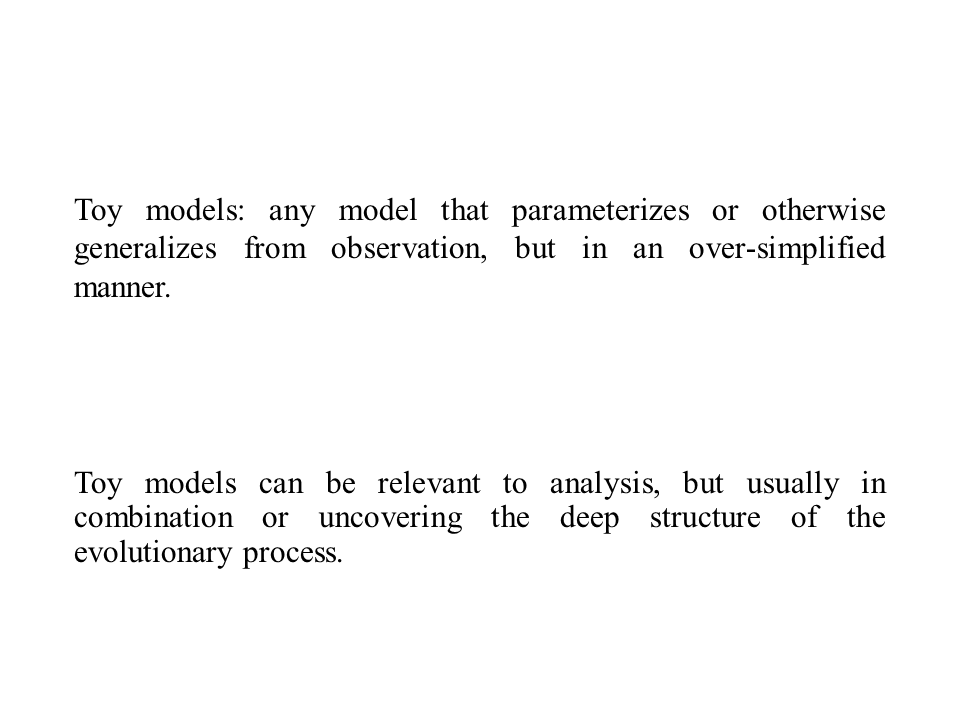 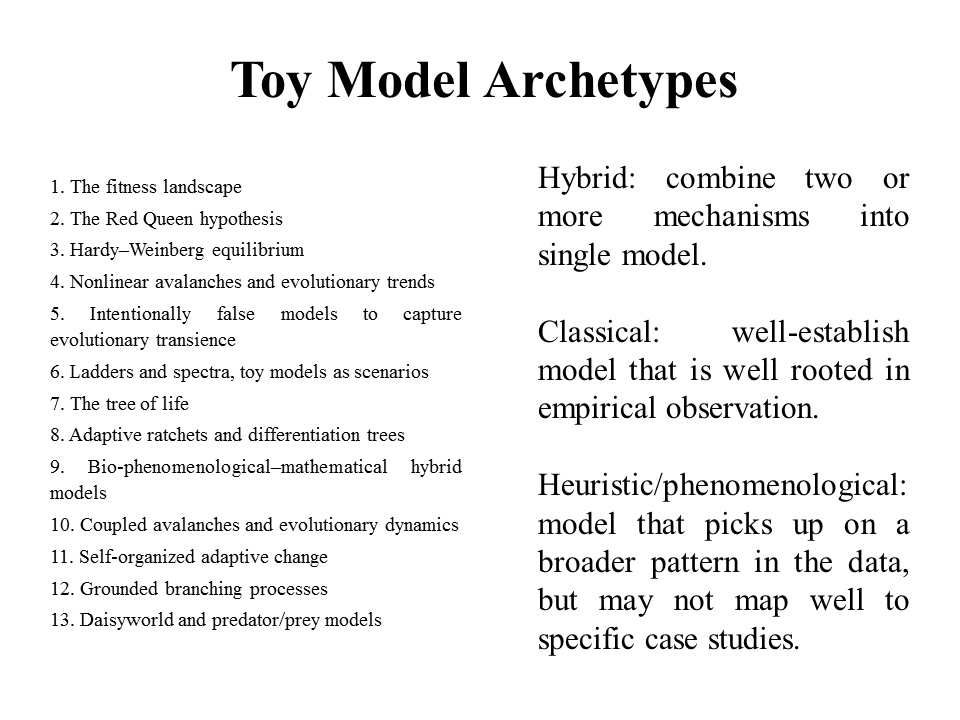 We present 13 different toy models, loosely grouped into three functional categories. These include: the dynamic aspects of evolution, the hereditary aspects of evolution, and the adaptive and conserved features of populations in a small number of dimensions. Aside from these categories, there are three archetypes of toy model: hybrid, classical, and heuristic/phenomenological (see the slide above for details). 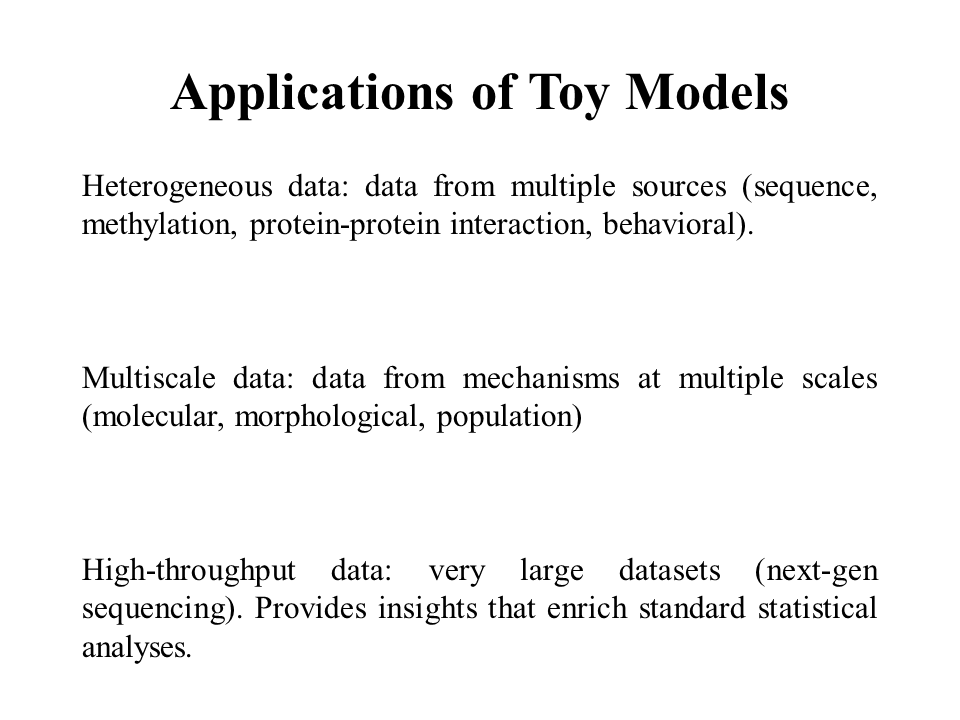 Toy models are not simply theoretical concerns. They can be used in tandem with statistical tools to provide a sort of deep context to an analysis. This is particularly important in terms of big data-type analyses (e.g. high-throughput sequence data). Yet such context can also be useful when multiple types of data are used in the same analysis. The kinds of debates that surround gene trees and species trees will likely be replicated for studies that involve genome sequences vs. transcriptional patterns, or genomic and behavioral analyses. Combining several different toy models to act as "filters" of datasets that can aid in how these data are understood. 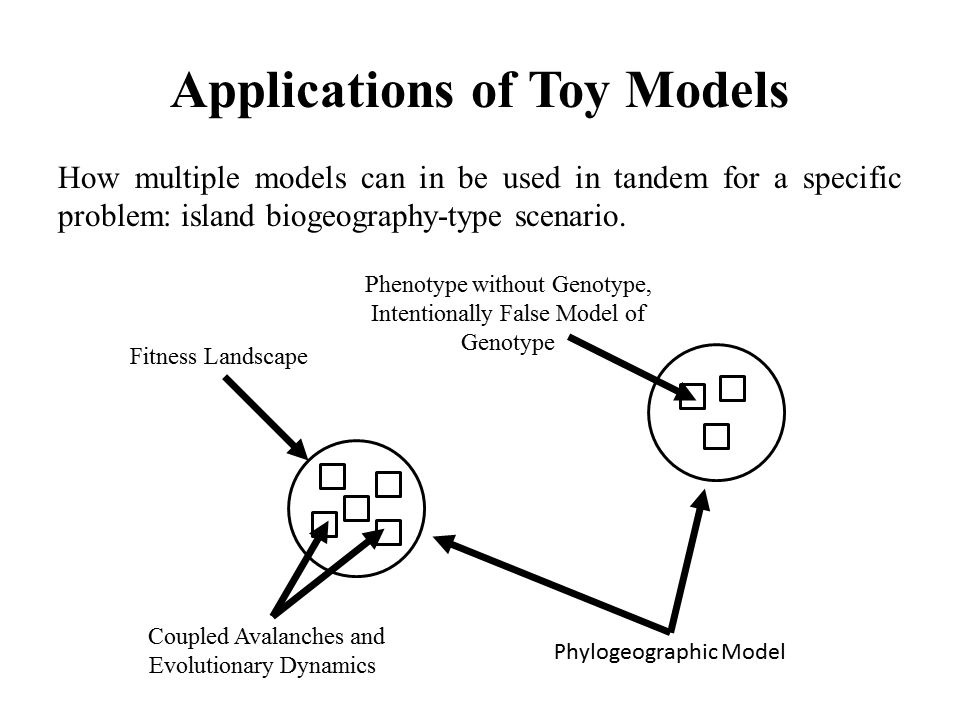 For supplemental information, there is also an emerging Github repository which will feature code for many of the toy models presented in this paper plus additional models.

NOTES:
[1] I also did a series of flash lectures for each episode of the "Cosmos" reboot. The entire compilation can be downloaded here.

[2] The paper was previously mentioned as a standalone publication, but now the paper has been reassigned to a special issue of Biosystems called "Patterns of Evolution".